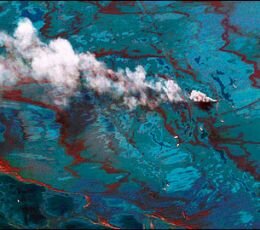 Hungry microbes ate nearly all of the methane spewed by the Macondo well in the Gulf of Mexico, I report in this piece for the Washington Post.

Invasive insects, like this emerald ash borer, have destroyed tens of millions of trees in the United States. In a piece for the Washington Post, I track the bugs and call into question USDA regulations meant to stem the tide of tiny invaders.

Call it the brain fixer: A potent growth factor that could reverse stroke, interrupt addiction, and halt Parkinson’s disease. But getting it into the brain has proved challenging. In this feature for Nature, I explore new technology for sneaking this growth factor, GDNF, into the brain.

Can the Peace Drug Help Clean up the War Mess? (0)

I recently attended psychedelic medicine’s coming out party- a meeting of 1100 researchers and enthusiasts in San Jose, Calif. – and found the early data on MDMA (‘Ecstasy’) as an adjunct to talk therapy for post-traumatic stress disorder pretty compelling. Scientific American ran my piece on the study, which features a vet who says the therapy eliminated his PTSD symptoms.

Bio: I'm a science reporter for The Washington Post, where I cover...science, all of it. Previously, I spent six years as a freelancer, writing for many publications. I've also been a staff reporter at Science News and JAMA. Are you here to buy a compare and contrast essay? Contact me directly and I'll respond to you in a few hours.